Year 3/4 have investigated which rock has the best waterproofing properties for a new school roof. Our fair test using pipettes of water revealed that granite and slate were best. We decided on slate due to it being lighter than granite and less expensive.

Controlling water drops with a pipette 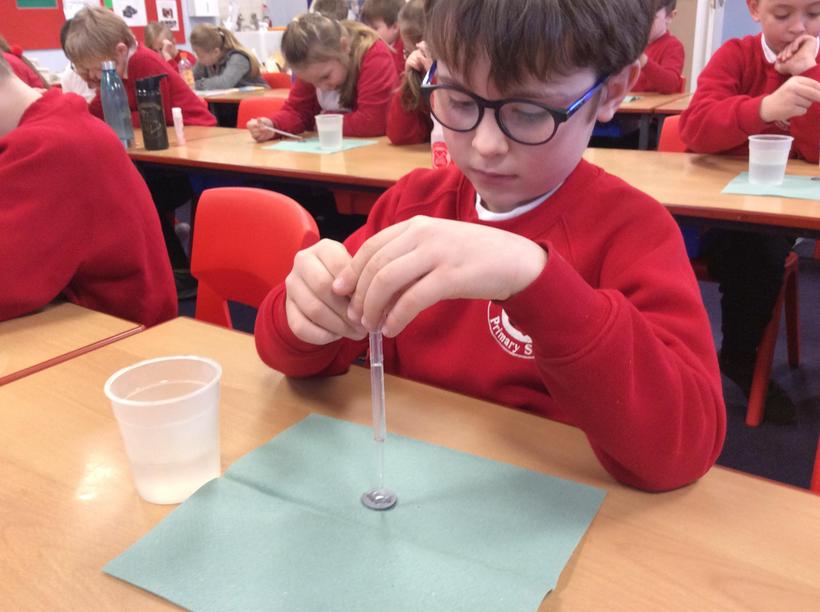 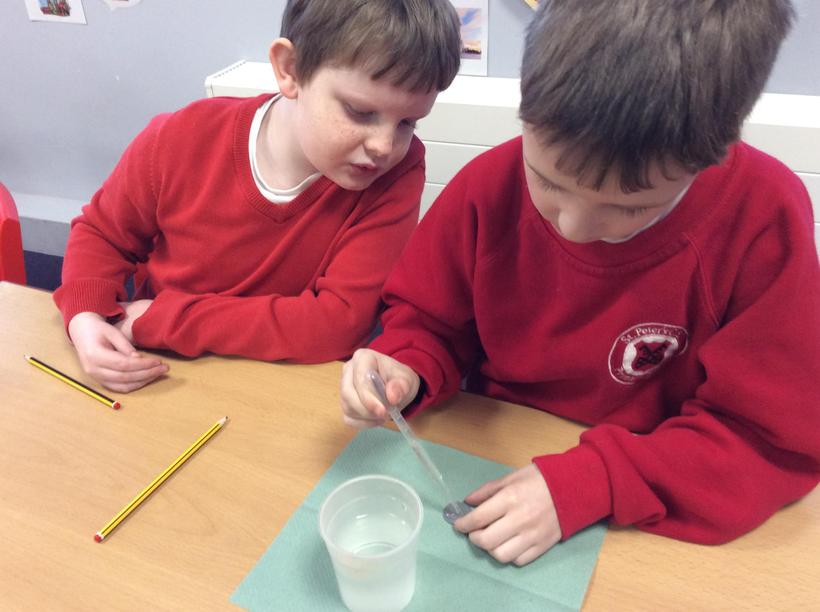 Fair testing with 5 drops per rock 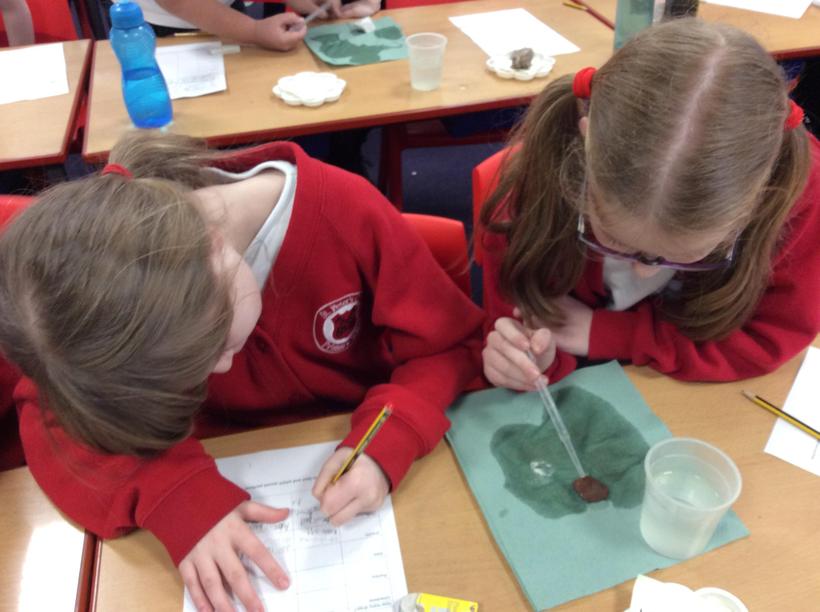 Fair testing with 10 drops per rock 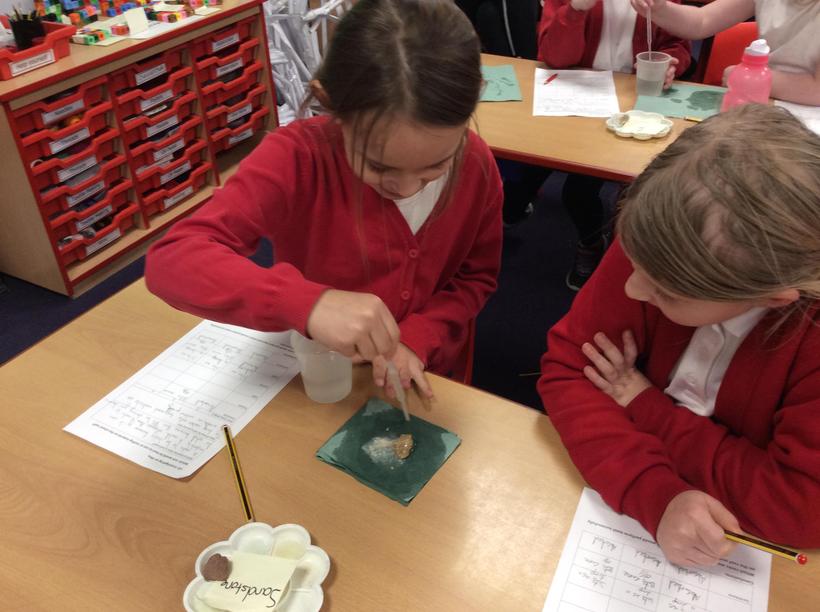 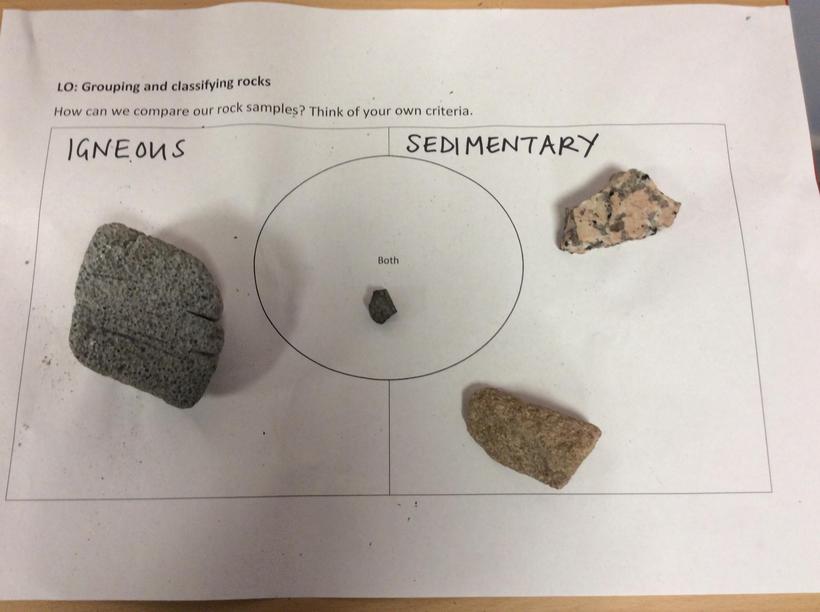 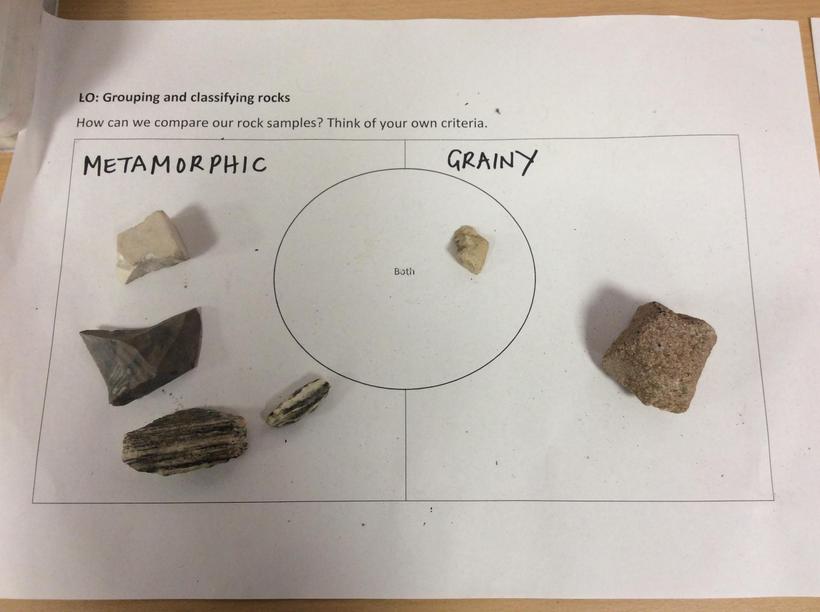 We looked closely at how our 'rocks' had turned out. We could see grains within and some of us even had layers. Some were powdery and crumbly just like chalk.

Next we have heated our choc rocks in our hands and have made metamorphic spheres. 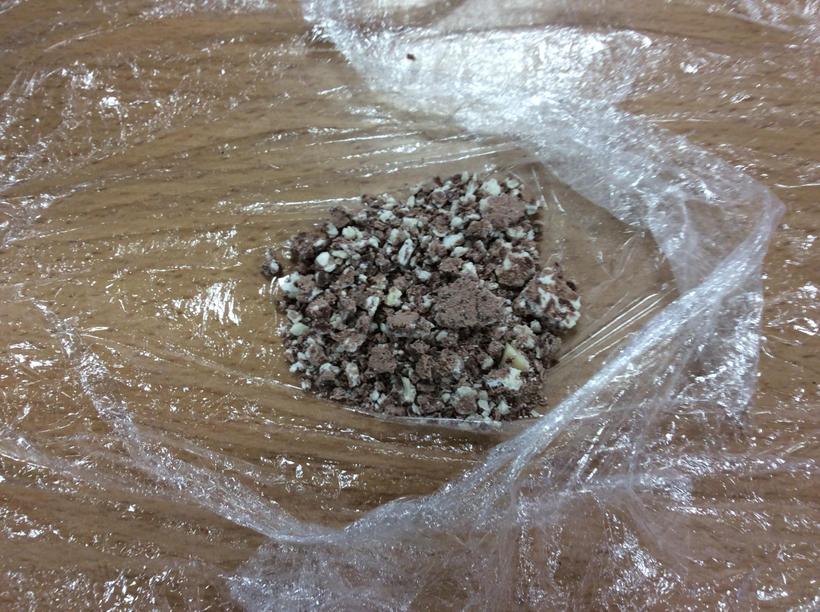 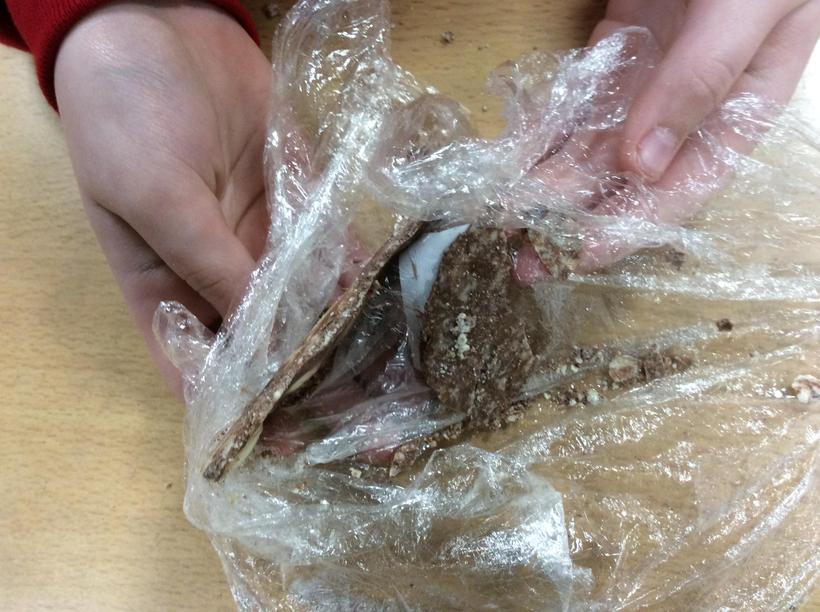 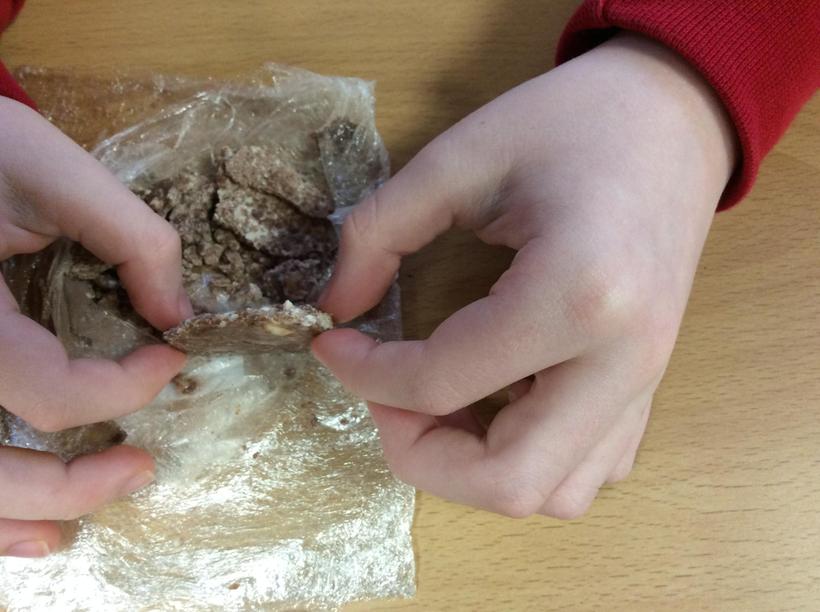 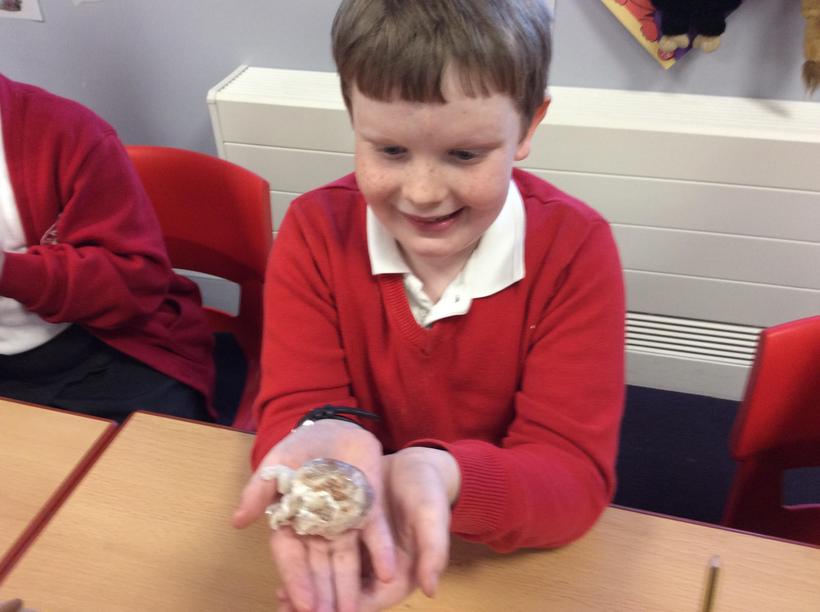 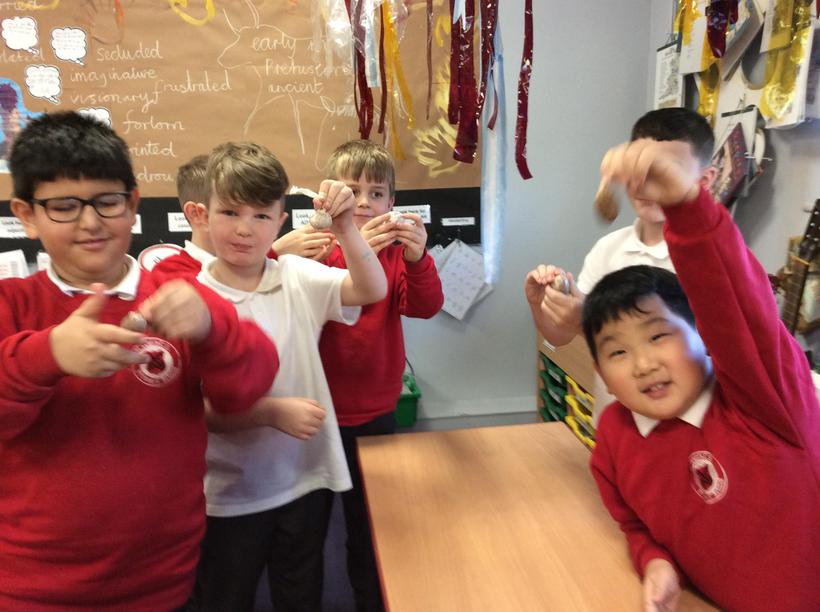 We used grated chocolate, milk and white, to make layers of sediment. We included lumps of small rocks too just like in granite. We continued to sprinkle new layers of sediment on top of each layer just like slate and shale rocks. Then we administered 25 million years of pressure and heat to help turn the sediment into sedimentary and metamorphic rocks.

Keep up the pressure! 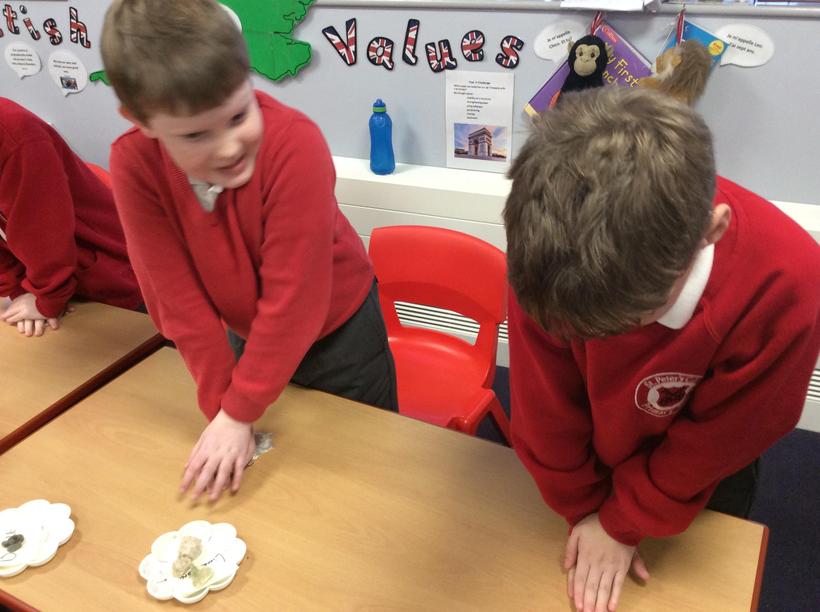 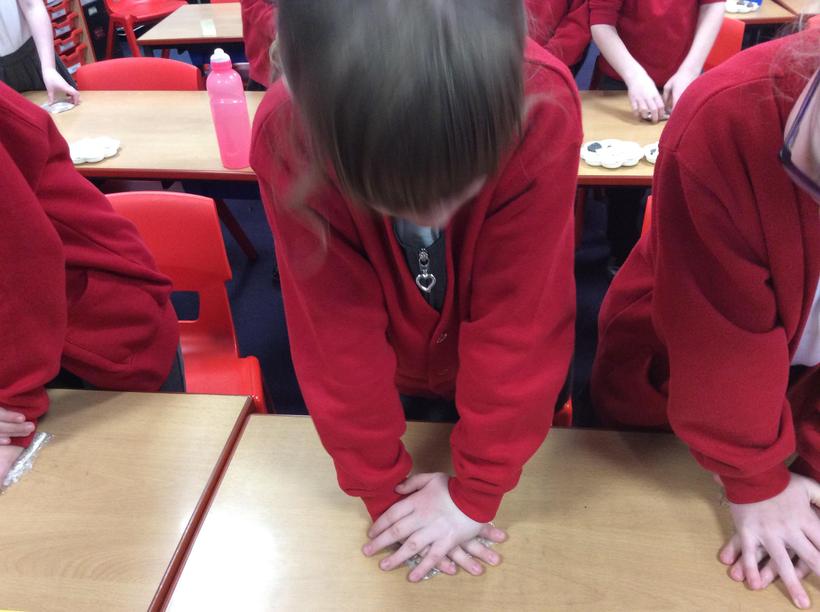 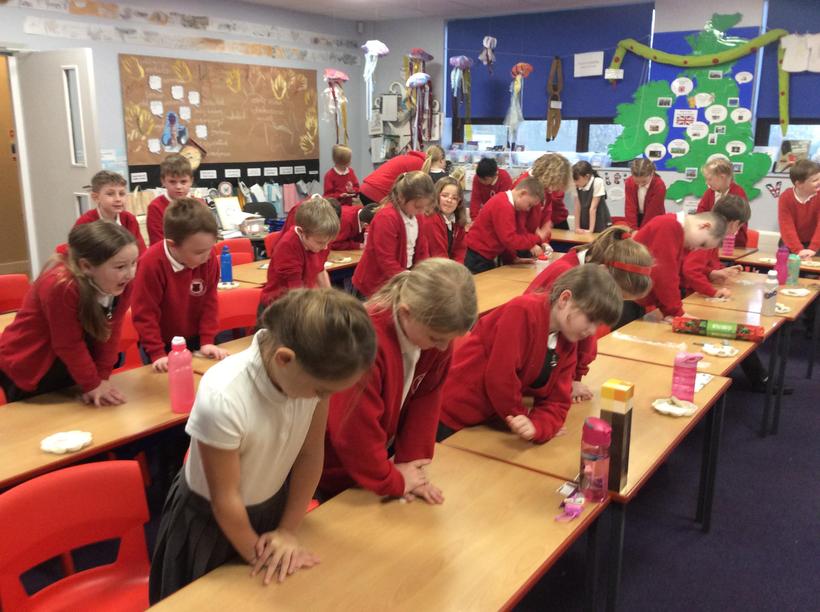 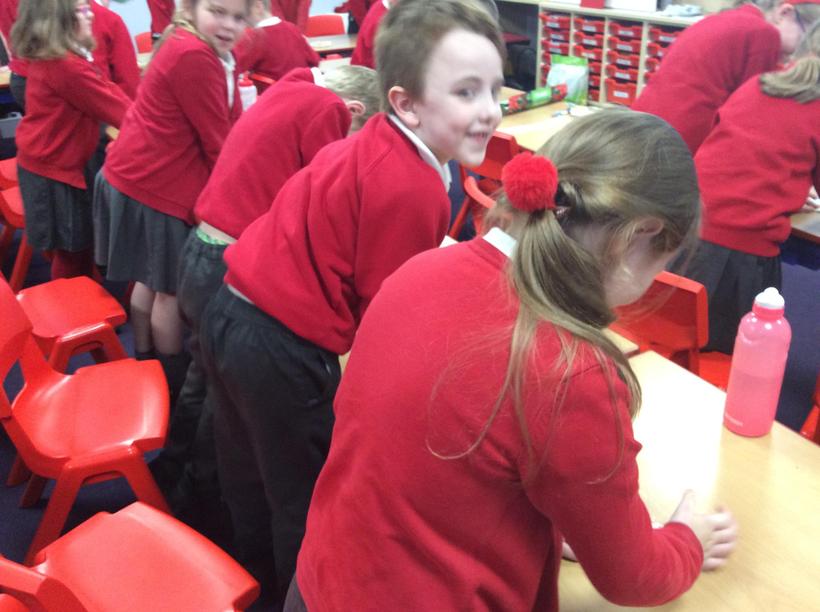 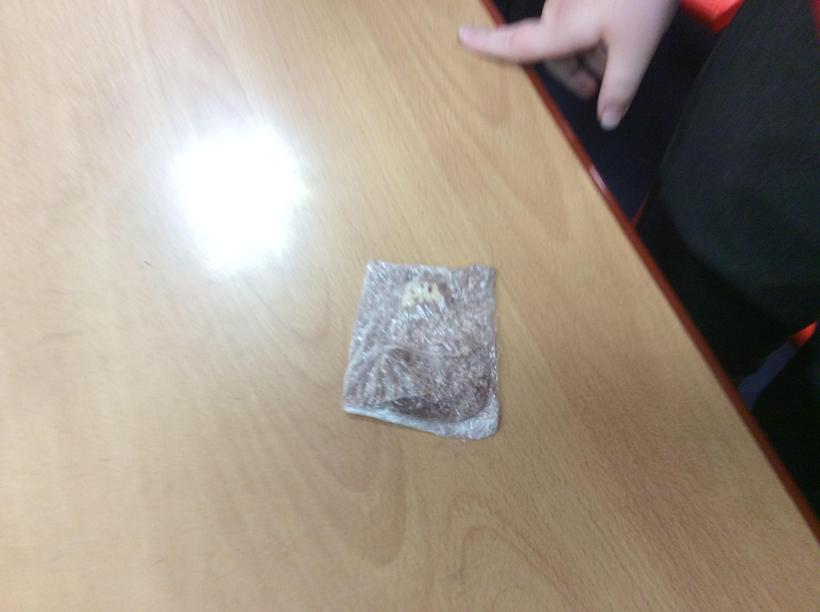 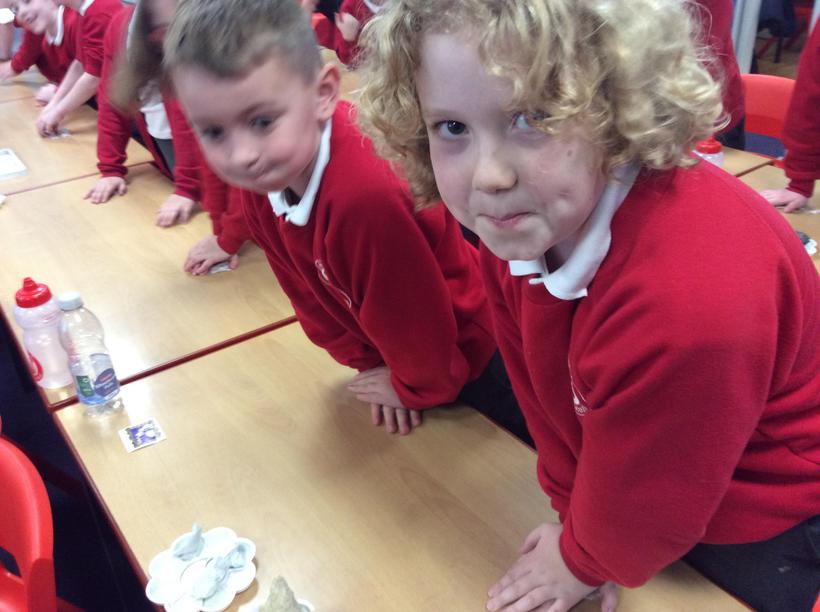 We have observed and analysed cakes and chocolates to investigate if they resemble rocks which are sedimentary - have bits of rock merged together, metamorphic - layers of rock squashed down or changed by heat or igneous rocks which have been melted and are pitted with air holes.

What do you think about a Mars Bar? Sedimentary or metamorphic?

What do you think about Mr Kipling's Angel Slice. Metamorphic or igneous?

What do you think about Malteasers. Igneous or sedimentary? 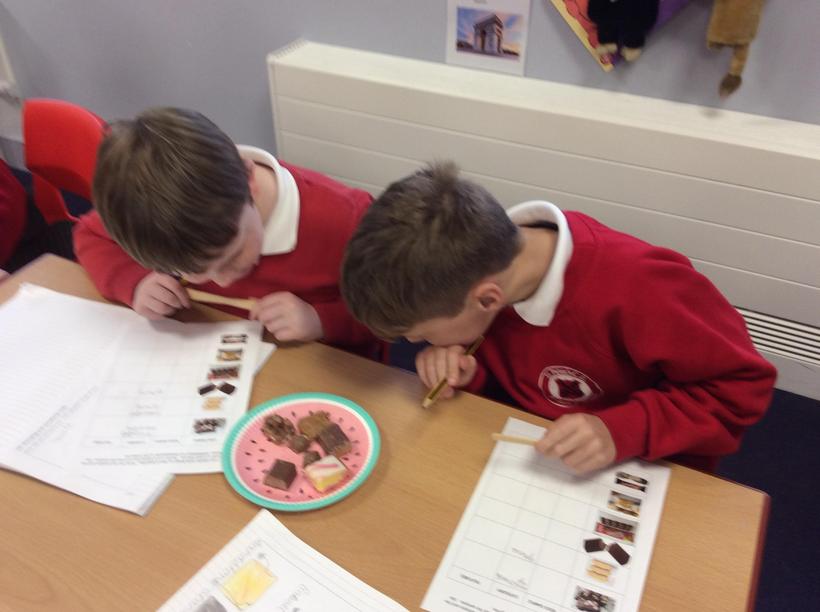 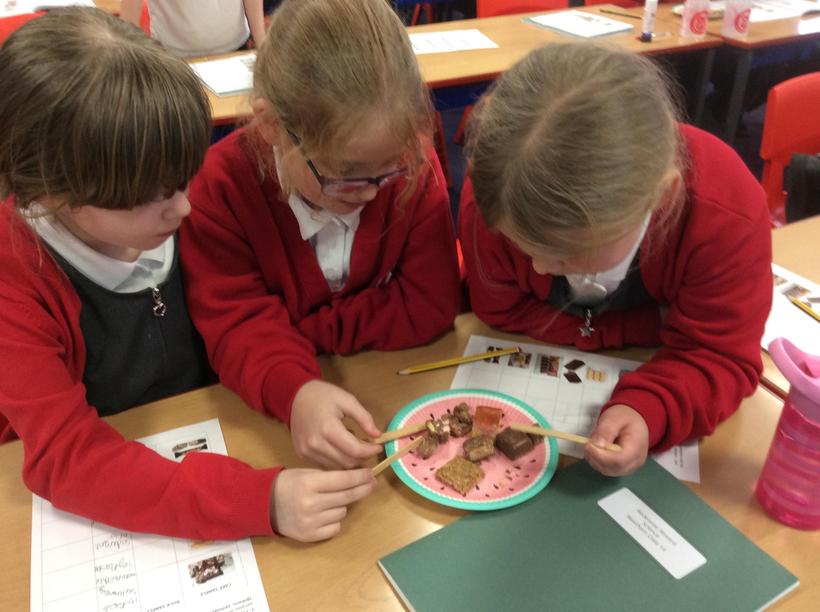 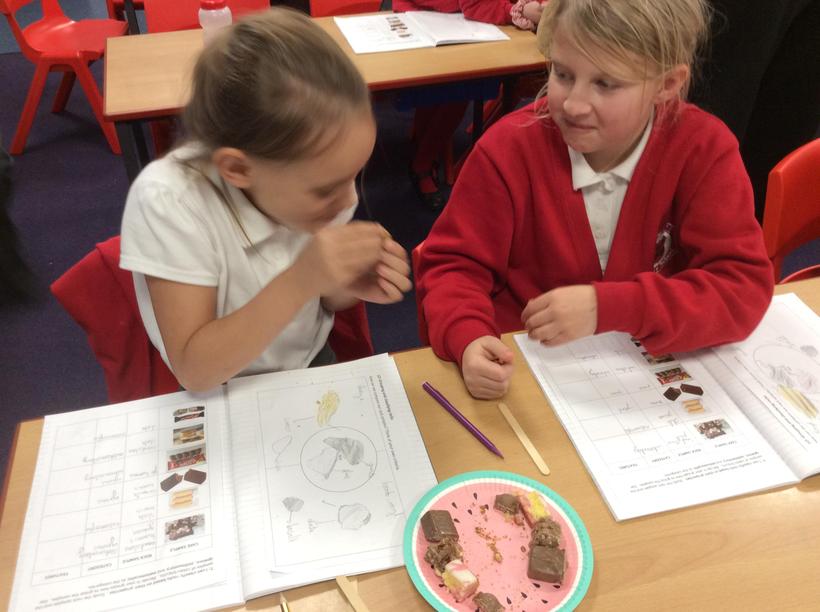 What type of rock has a good crunch!? 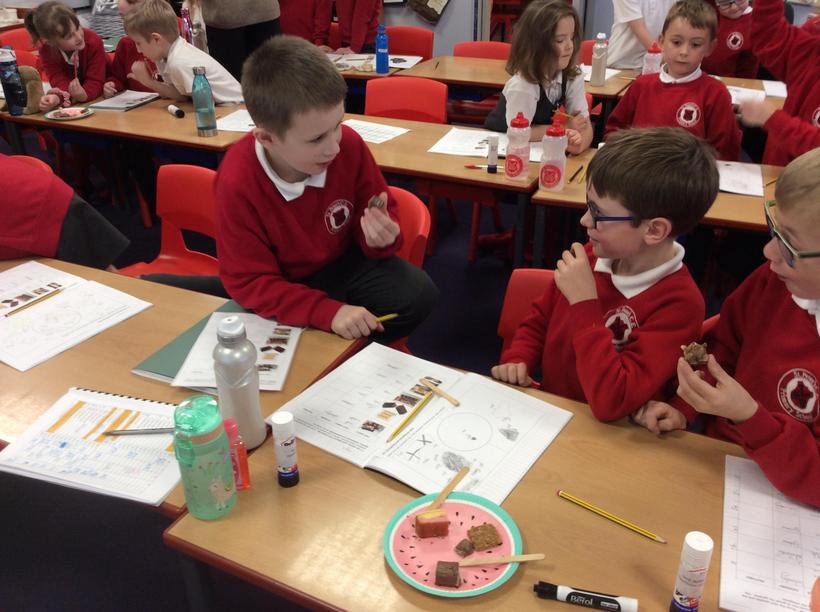 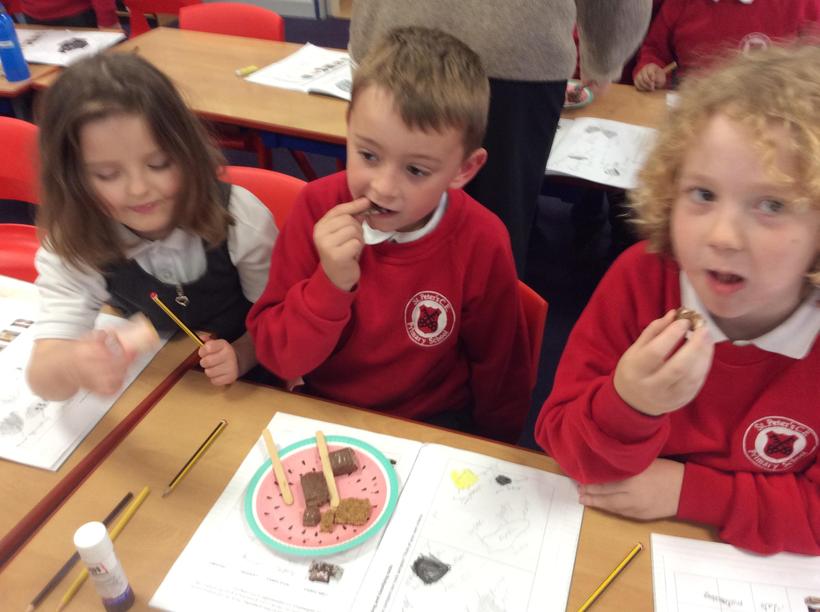 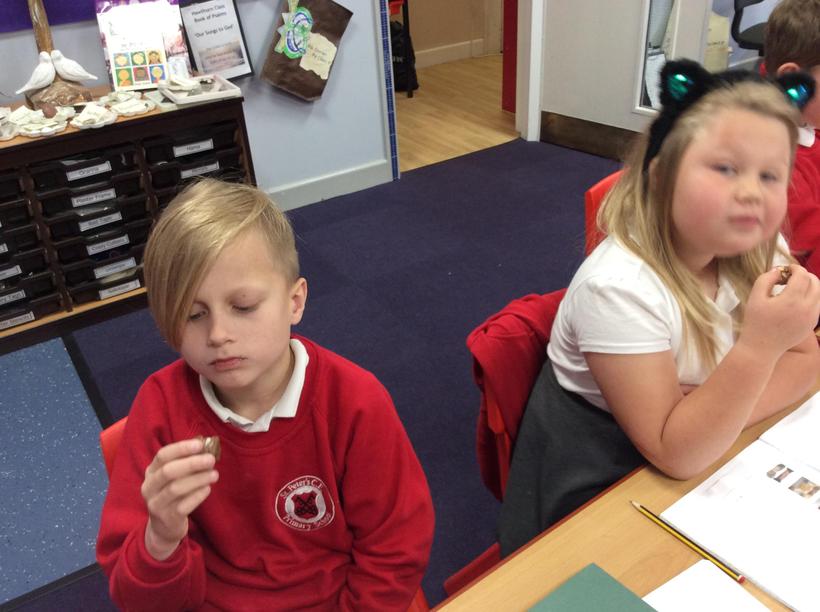 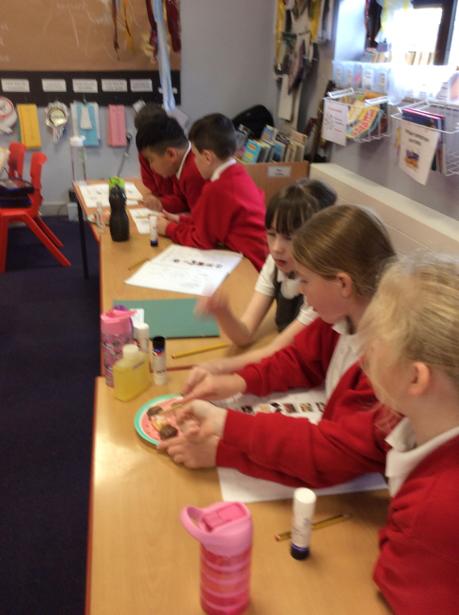 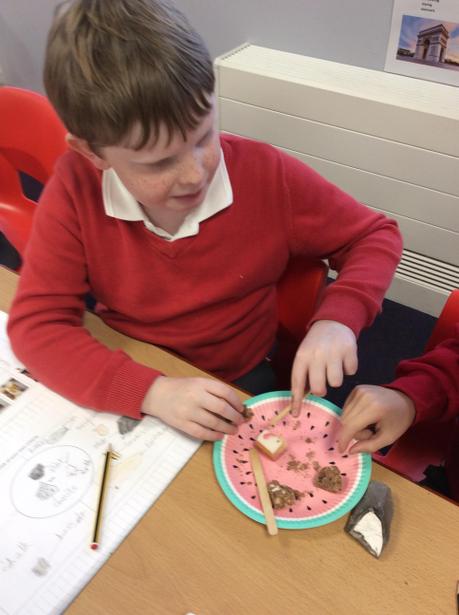 OUR PHOTOGRAPHS TAKEN BY THE IT MICROSCOPES

We used IT microscopes linked to an ipad to observe various rocks. We have described them using vocabulary such as grainy, layered, speckled, bumpy, veined, crystallised and rough etc. 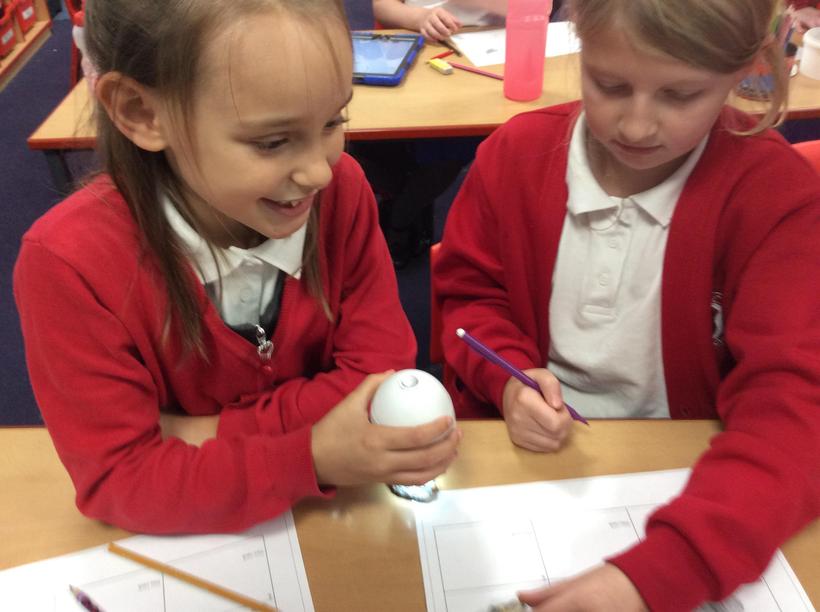 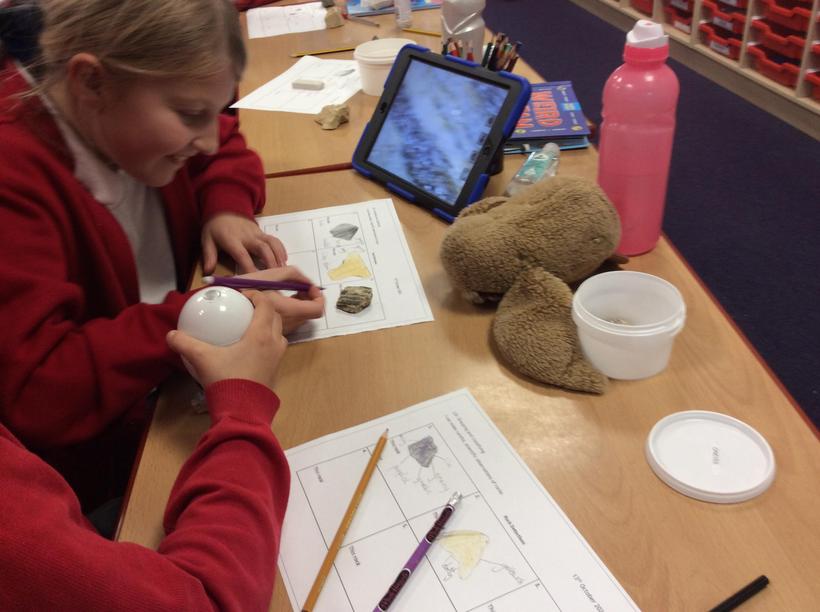 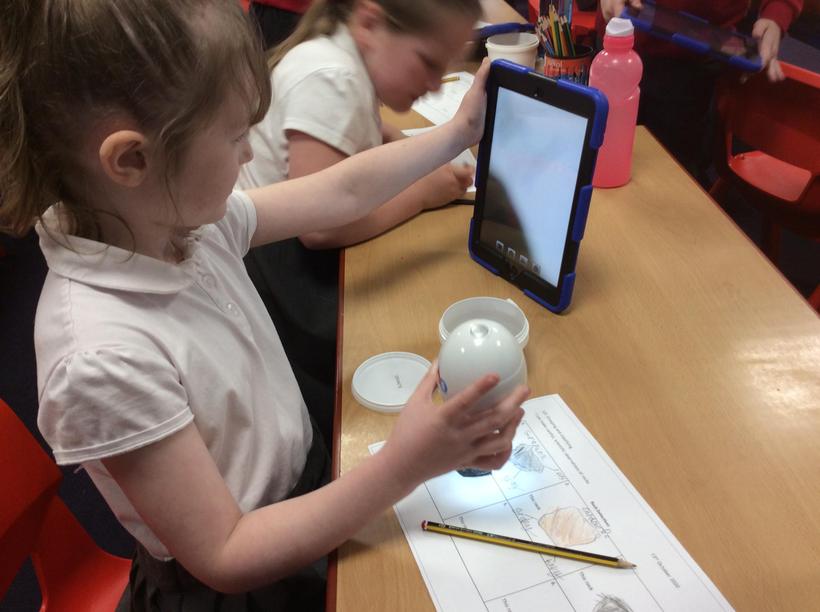