SPACE PROJECT - Does the height from which a meteorite falls affect the crater made?

Class 11 have investigated how craters are made on a planet. For this first experiment we changed only one variable - the height from which we dropped the meteorite. All the other variables such as the meteorite we kept the same for this investigation.

Our results were unusual! Most of us had predicted that the higher the fall would result in the largest craters. This did happen in the main, but the craters were not dramatically larger e.g. 20 cm compared to 100 cm fall was on average only affected the crater made by a couple of cms deeper or wider.

With unusual results, our scientists reacted like professional scientists and repeated the investigation.

Superb teamwork was shown and many children were able to record and analyse their results and form their own conclusions.

Measuring the depth and width of a crater 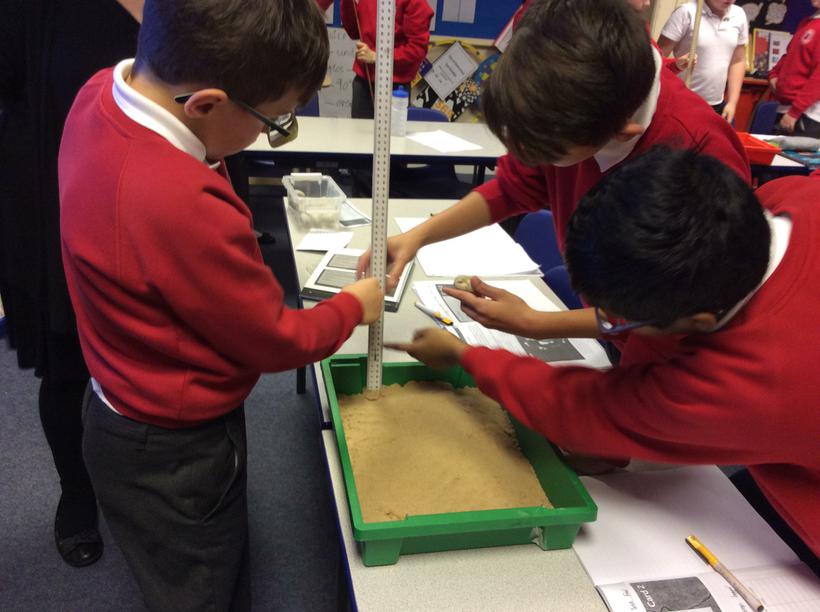 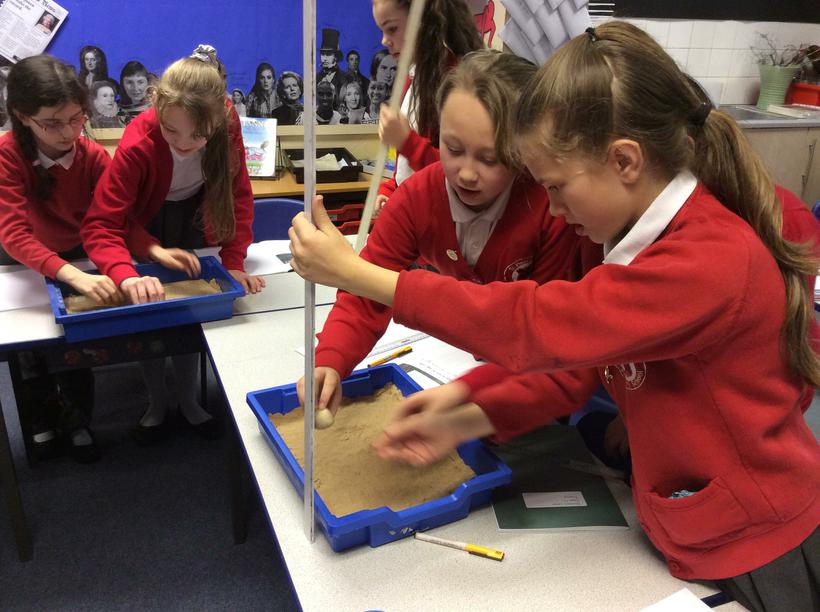 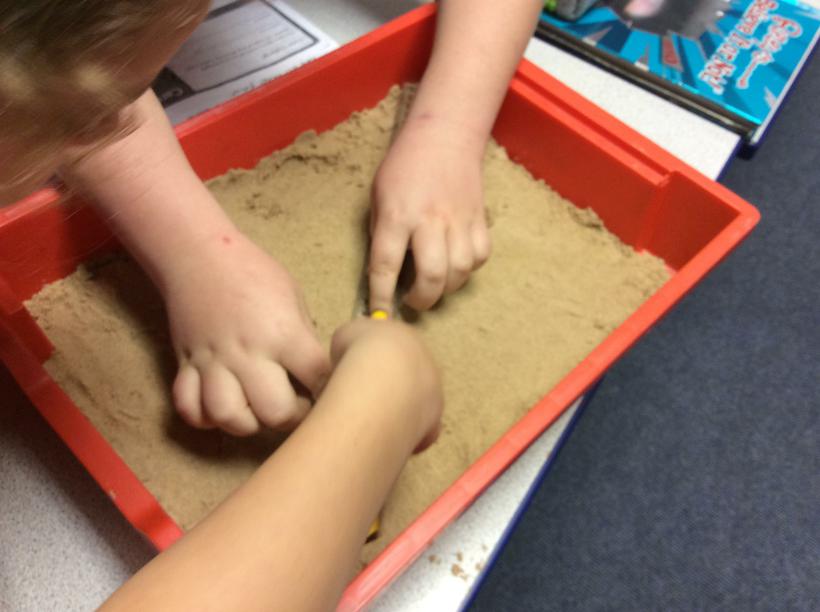 Recording results in a table 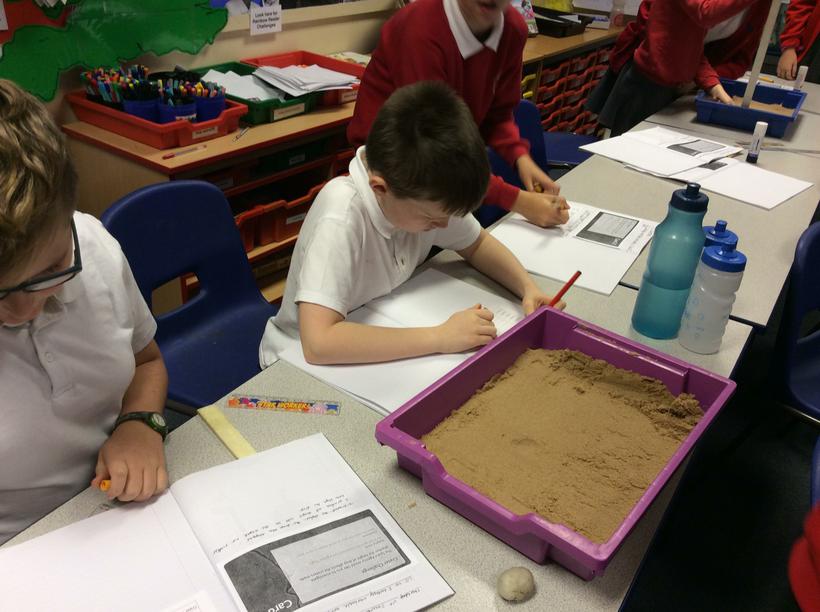 Class 11 used toilet paper and fruit to represent the solar system to understand the enormous distances between the sun and the planets. The fruit helped us to understand how the size of the planets also varies so much. For example, Jupiter was represented by a watermelon compared to Pluto which was a tiny blueberry. Earth and Venus are similar in size so we used an apple.

The scale used for the toilet paper was; 1 sheet of toilet paper represented 25 million km in space. We used in total 236 pieces and Leah worked out the total distance!

We were amazed at the size of our universe!

The inner planets closest to the sun 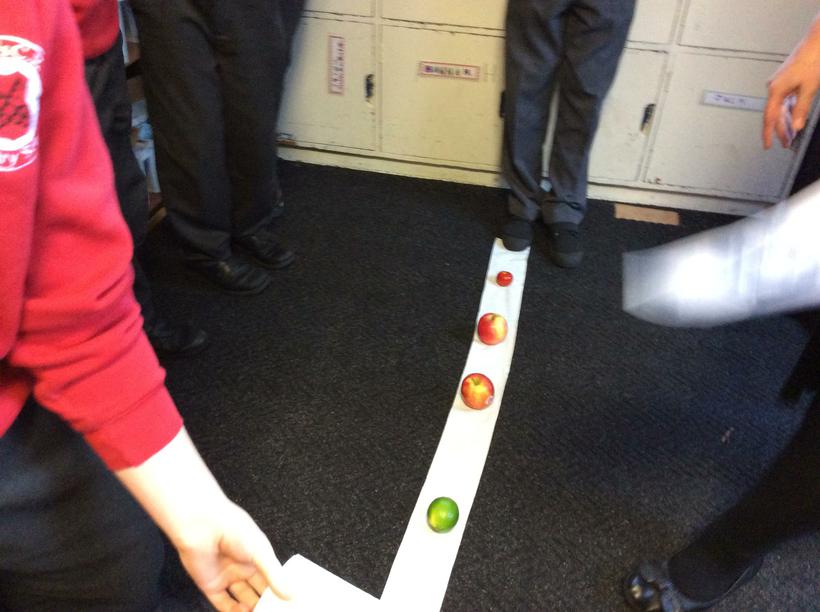 Jupiter represented by a watermelon 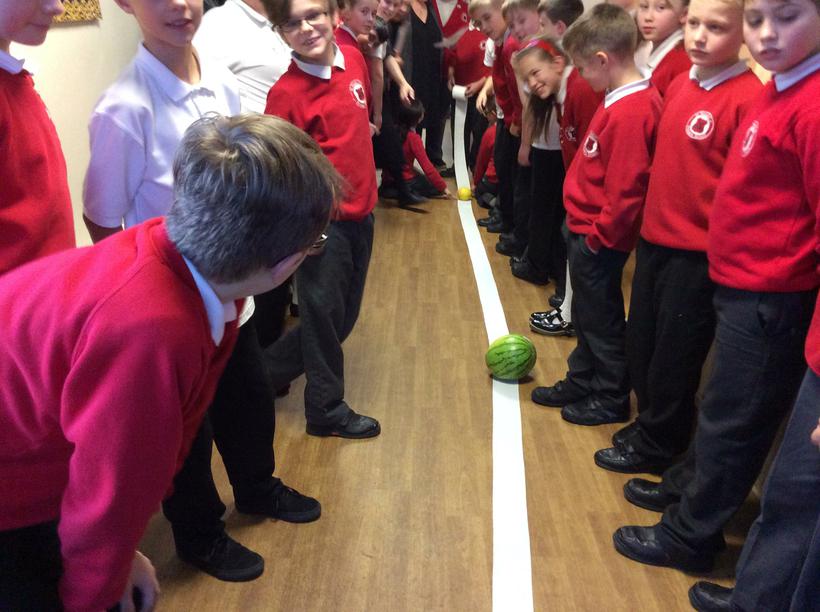 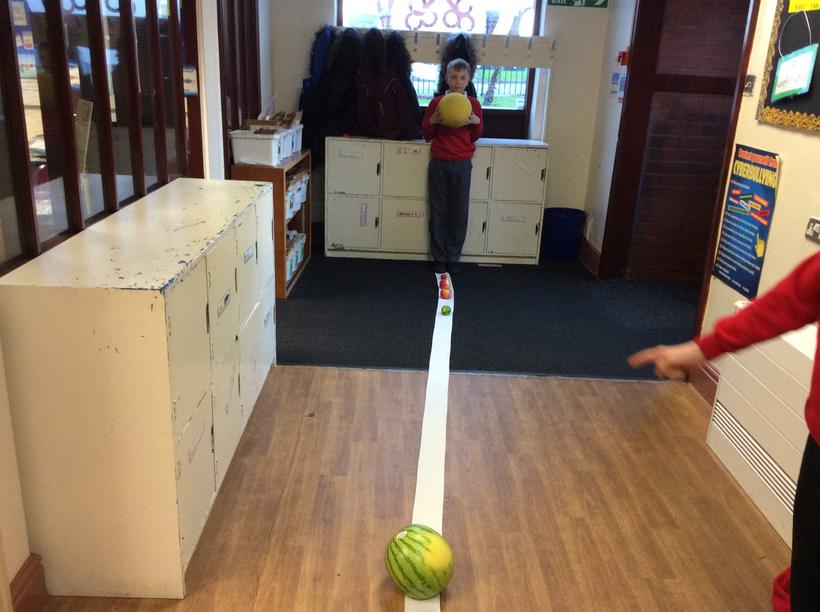 Wow! How vast is the universe 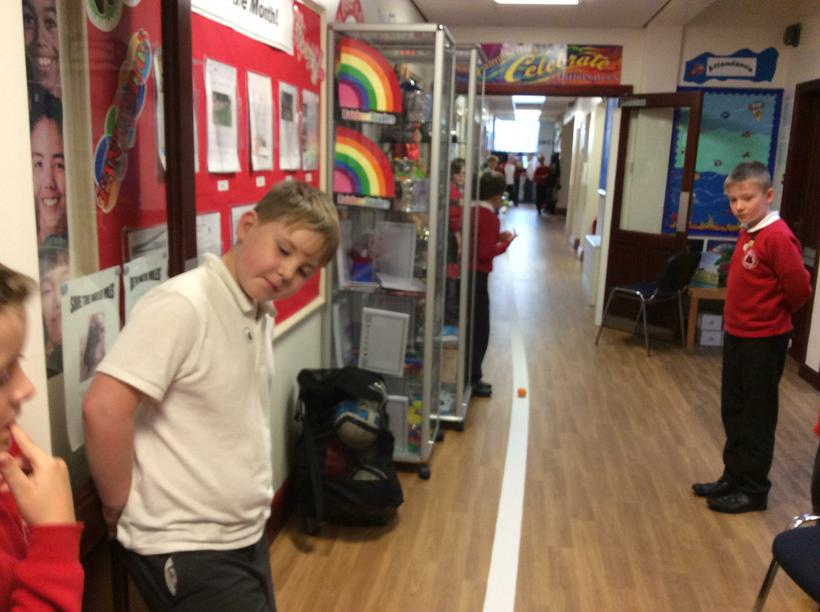 Pluto so small and so far away from the sun 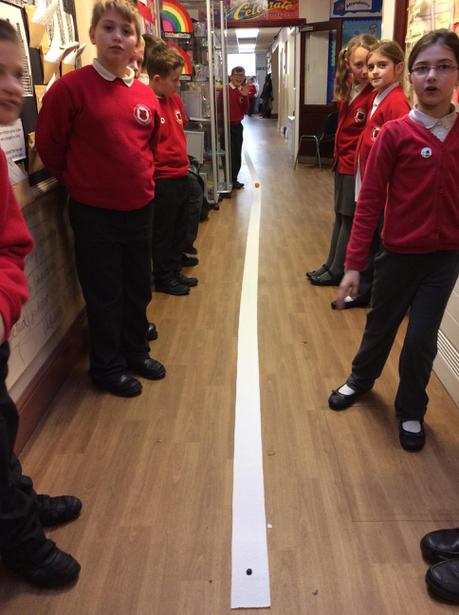 blueberries as the kuiper belt of asteroids 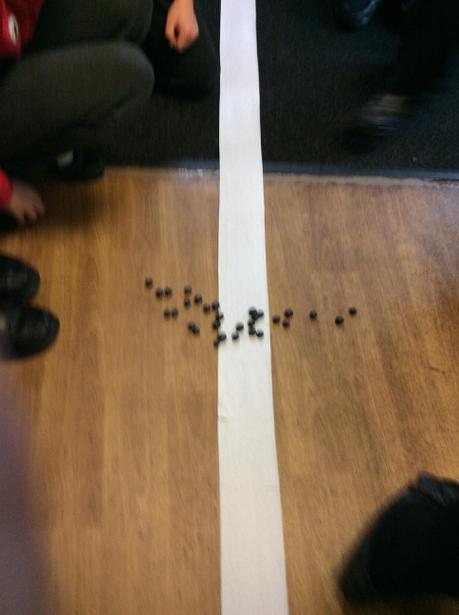 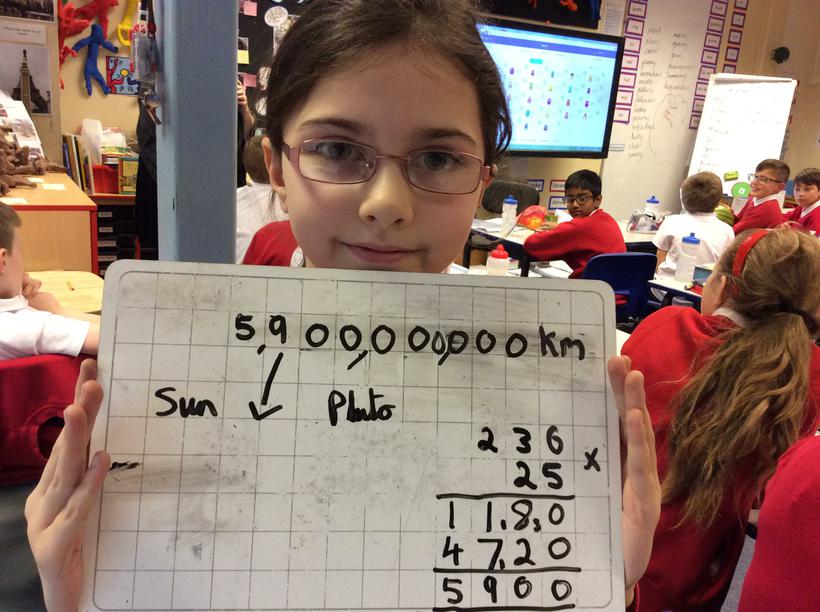