A thousand years of Crime and Punishment

LKS2 made a start to our 'Crime and Punishment' topic by discussing our understanding of what 'crime' and 'punishment' actually means.  We then worked with a partner to develop our enquiry skills by looking for clues in a picture source.  The picture showed a man being punished in Tudor times for being homeless! 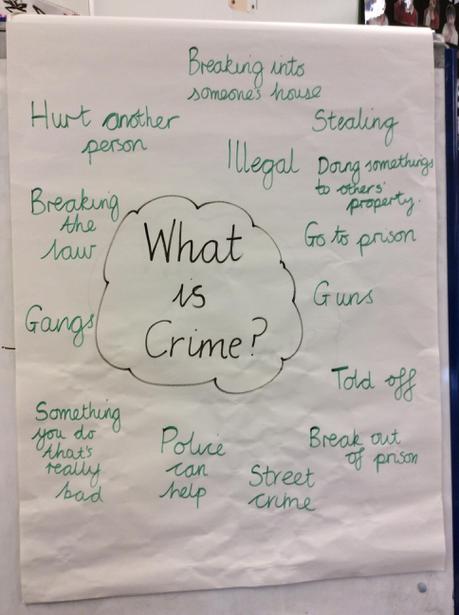 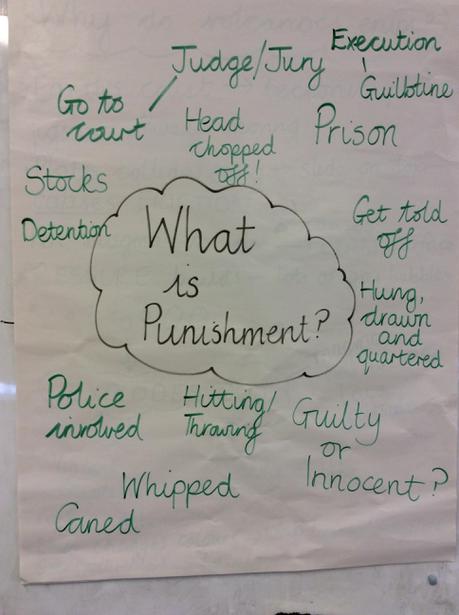 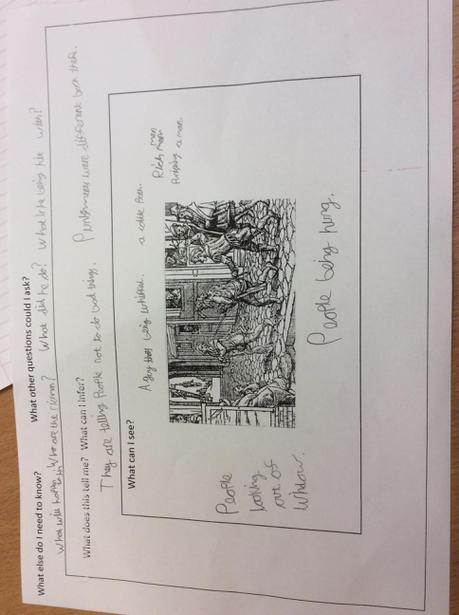 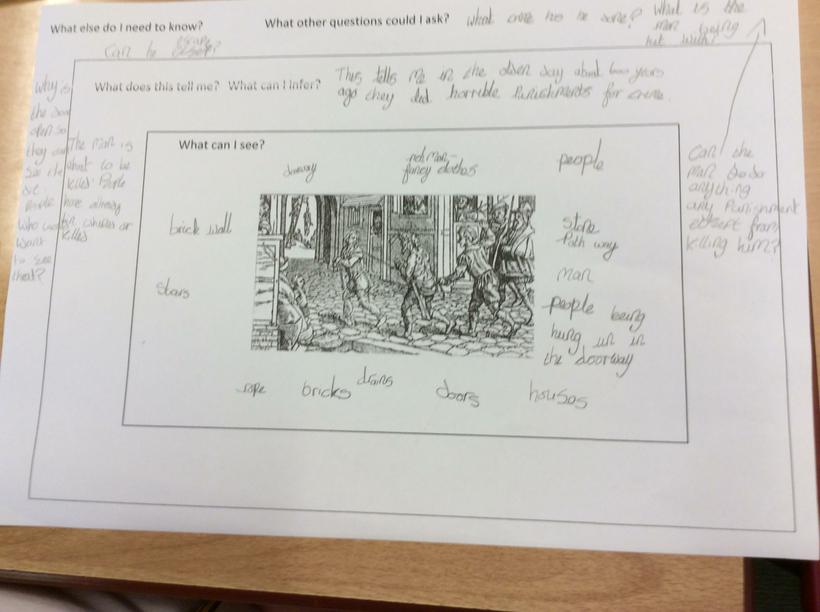 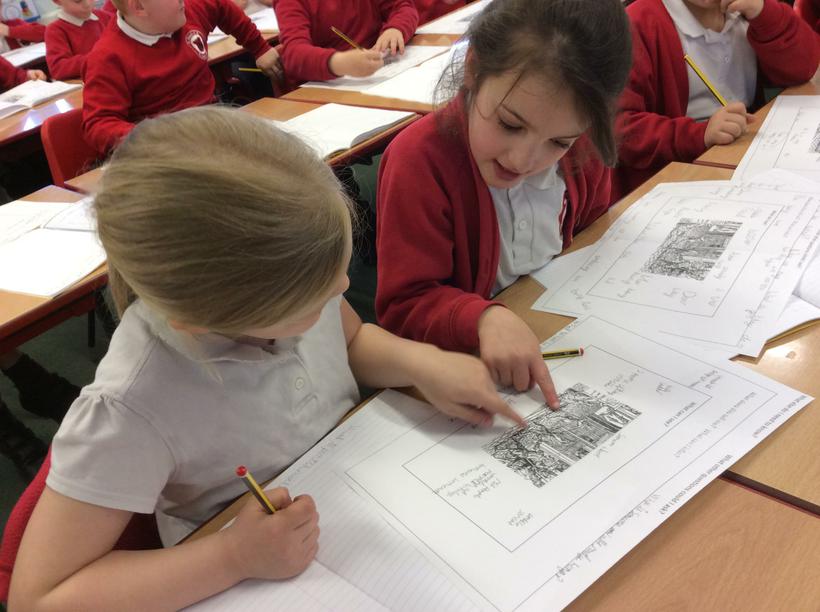 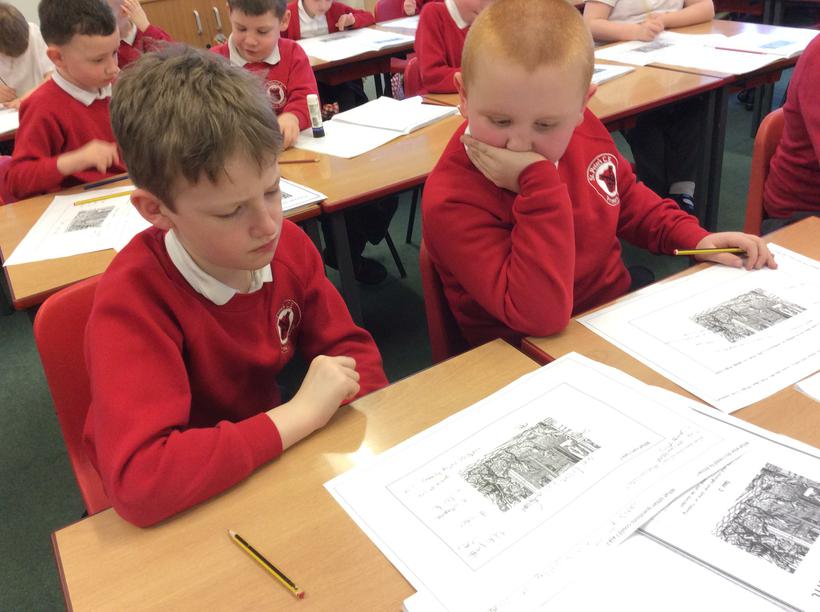 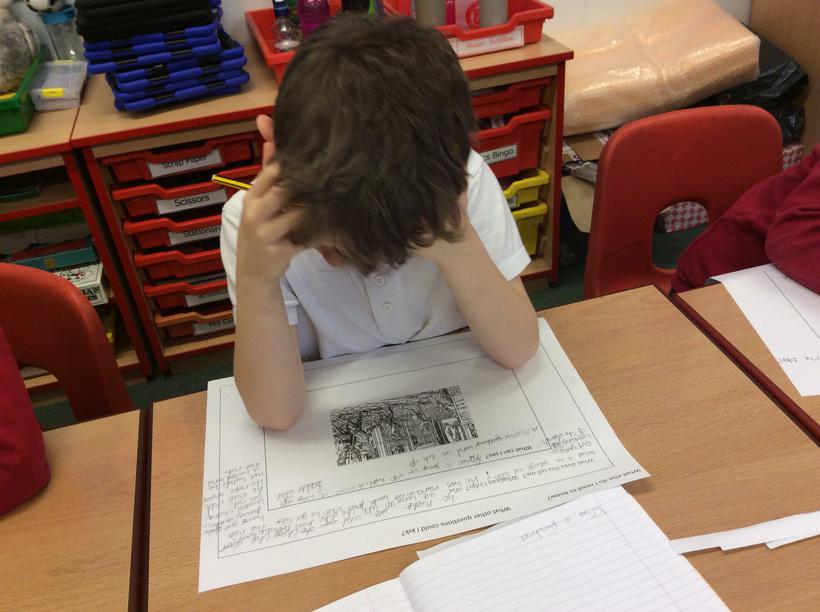 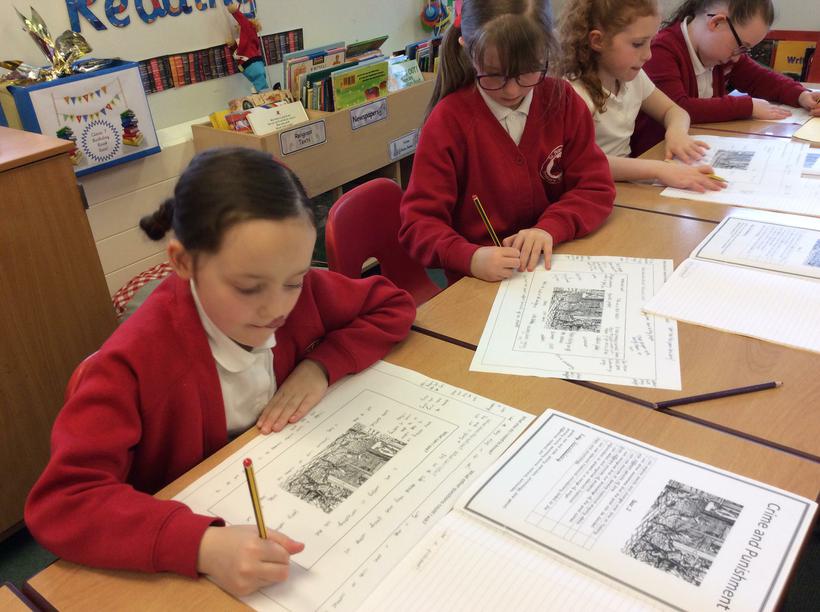 We have been learning all about crime and punishment in Anglo-Saxon times.  We learned about how criminals had to pay 'weregild', which was compensation to their victims.  We played a game to see if we could decide how much compensation should be paid depending on the crime.

We then found out about how it was decided if an accused person was guilty or innocent of a crime.  We thought some of the ways in which they decided were very unfair and unjust! 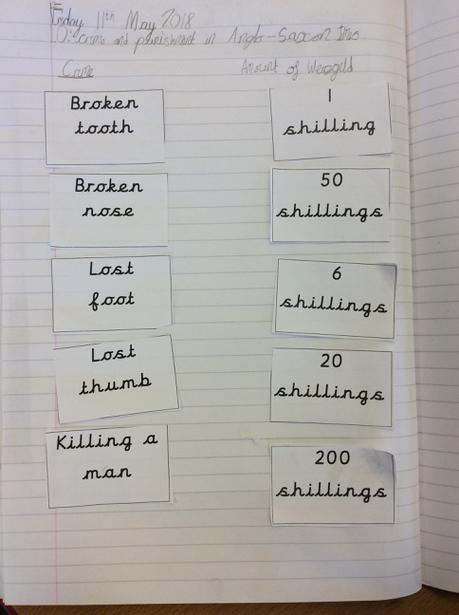 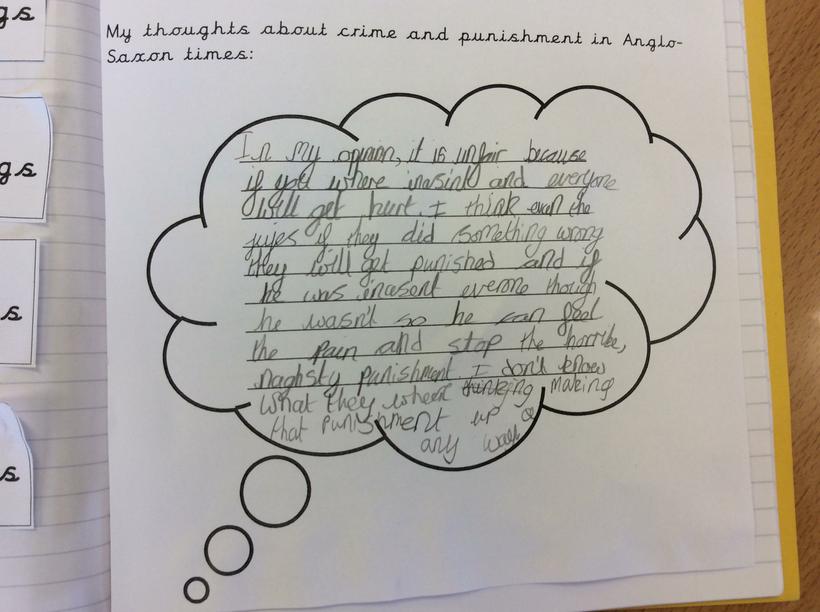 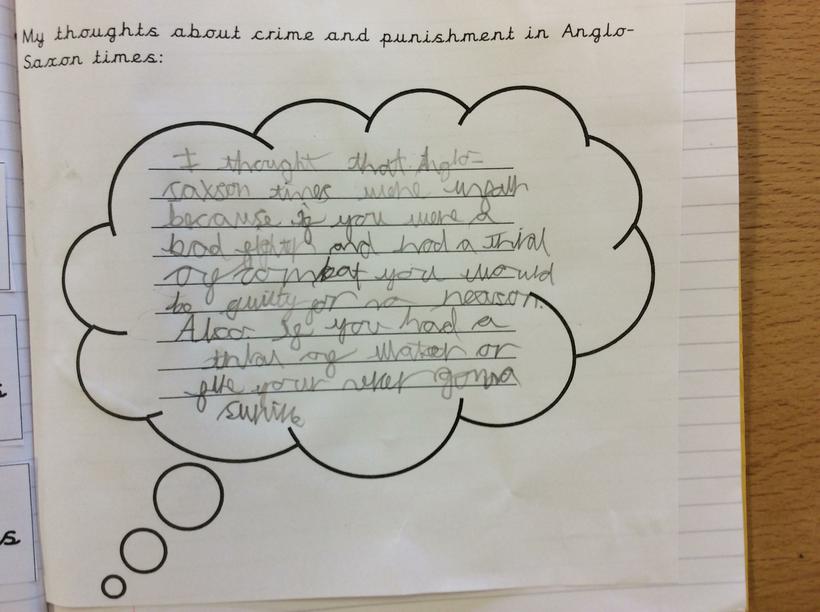 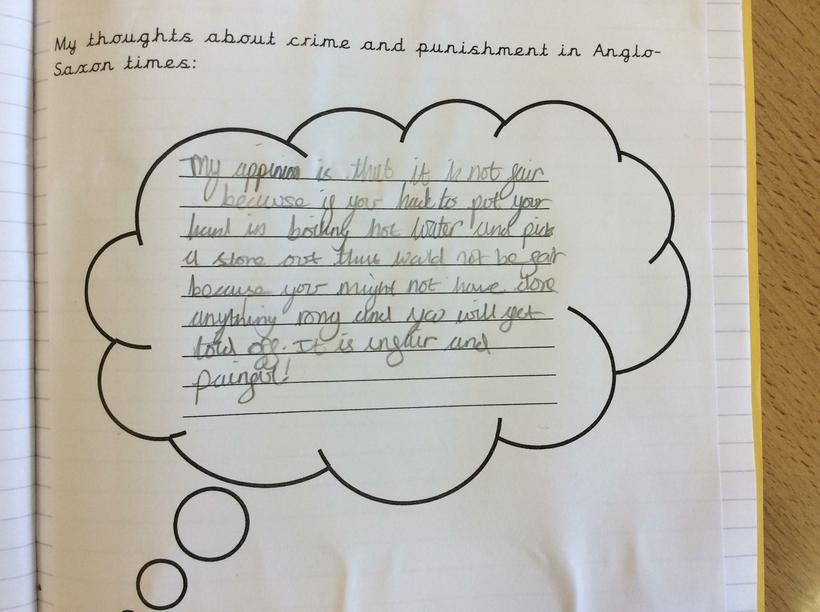 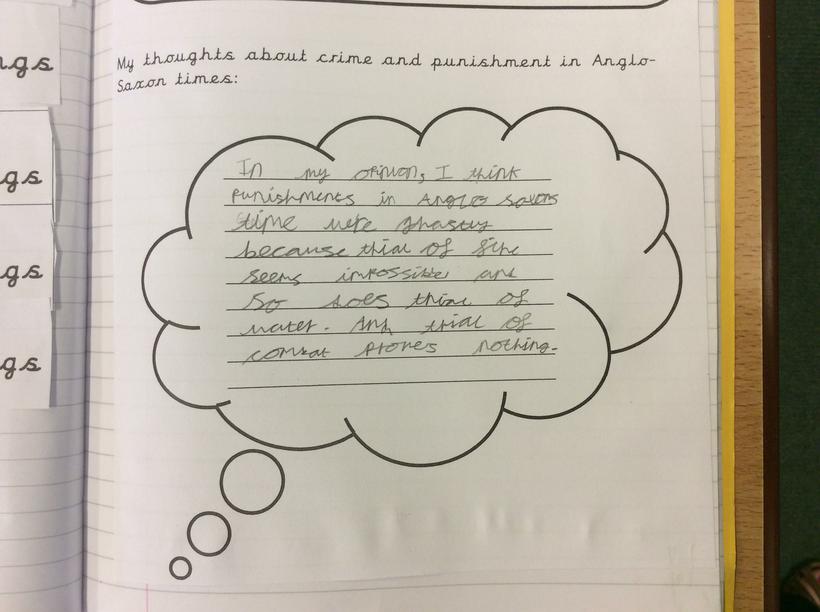